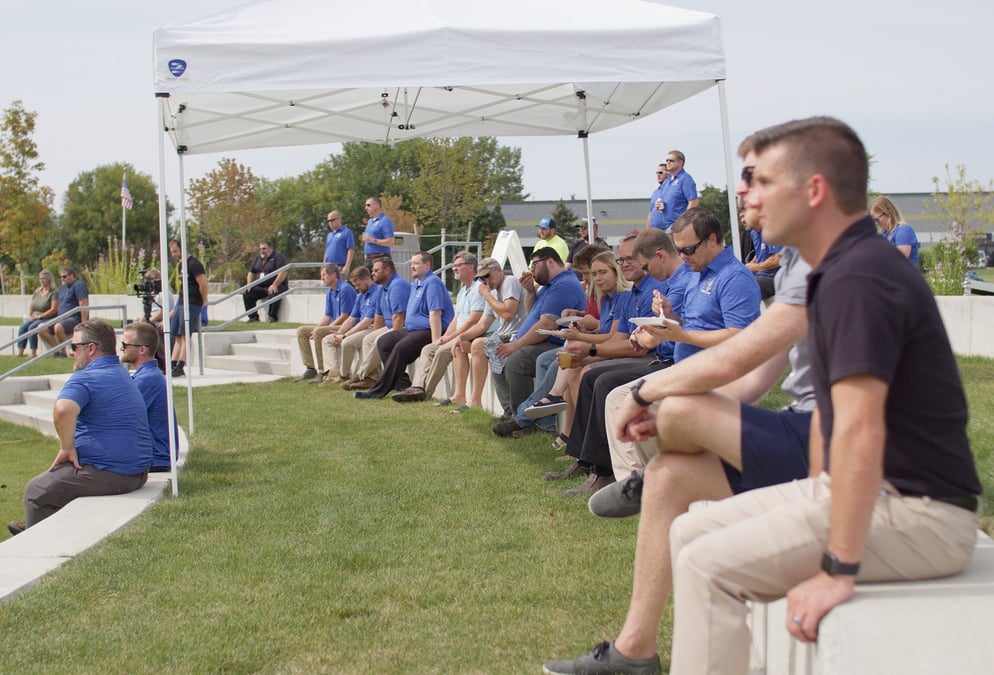 Our 50th Year In Business

Last week, we hosted a 50th Anniversary Celebration with employees, customers, and the West Michigan Community members in Caledonia, MI. Founded in 1971, this year marks 50 years in business for West Michigan-based Hydro-Chem Systems who specializes in fleet washing soaps and automated wash systems.

The evening was filled with networking, music, refreshments, and giving back. Attending the celebration was Shaun Shira with Grand Rapids Community Foundation who accepted a $50,000 donation on behalf of the nonprofit.

“This being our 50th anniversary, we knew we wanted to do something special for the community we’ve called home for all of these years,” said David Presley, President of Hydro-Chem Systems. “We know this donation will go far toward helping the next generation thrive. We are humbled to achieve this milestone that many businesses don’t reach and we hope we can play a part in another West Michigan business reaching it too.”

“David and his team have designated this donation to be a field of interest fund called Hydro-Chem Systems Fund For Children.”

Distributions from the fund will aid and promote organizations in furtherance of Hydro-Chem Systems’ their charitable purposes to support the basic needs of children including housing, food security and health in Kent County, Michigan.

“If we’re lucky enough, Hydro-Chem Systems hopes to be around for another 50 years so it only felt right to invest in the future of our community,” said David Presley. “I’ve been blessed with 25 years at Hydro-Chem myself and having seen the company grow to more than 50 employees from about 10 in my time all from a one man operation in the beginning is something special. West Michigan has given us a lot and this celebration and donation were the least we could do to show how thankful we are.”