What is an ESOP (Plus, 3 Advantages of an ESOP Company) 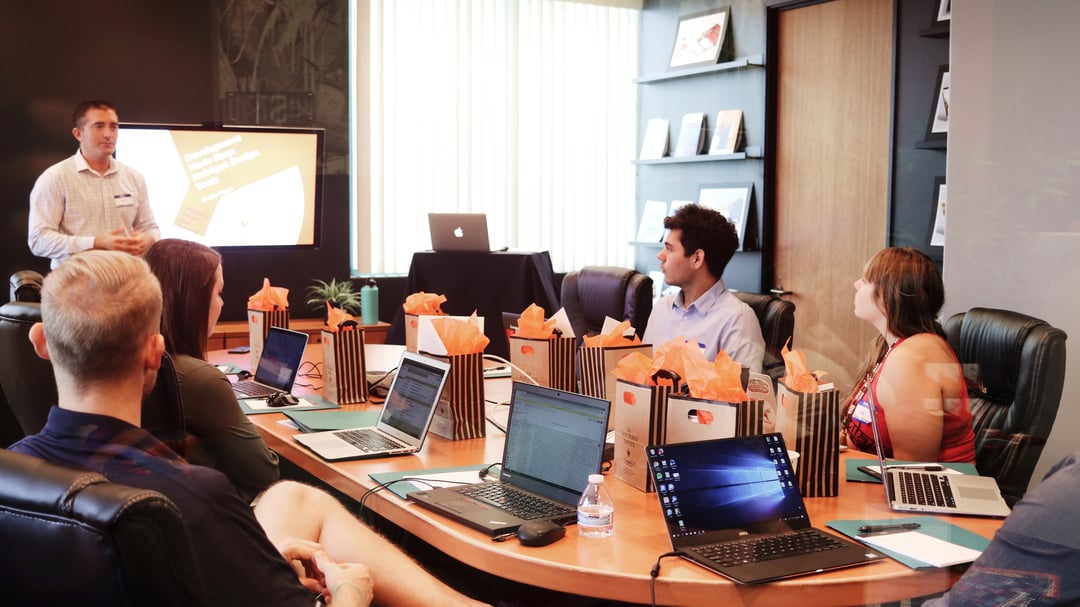 An Employee Stock Ownership Plan (ESOP) is becoming increasingly popular as a 401(k) alternative for many organizations.

In fact, a recent study found that the average ESOP account was more than twice the average 401(k) account before the pandemic and actually offered them better financial security over the past couple of years.

But what is an ESOP, why are more companies diversifying their retirement offerings, and why is it beneficial for you to work with an ESOP company?

What is an ESOP and How does an ESOP work?

An Employee Stock Ownership Plan (ESOP) is an unconventional retirement plan where instead of investing their own money in a 401(k), employees can buy a portion, or all, of the company they work for. This is usually in the form of shares of stocks but can include profit-sharing or bonuses as well.

An ESOP is a great option for when a business owner wants to be proactive about transitioning away from the organization. If they care deeply for the company and the employees that work there, they may choose to offer them part ownership instead of selling the company to an investor.

However, most employees don’t have enough money to just buy a company. So the owner sets up an ESOP trust where the company can buy shares of stock based on fair market value.

If the company can’t afford to buy the shares straight away, a loan is taken out and the company continues to pay this off.

Employees then receive their shares in their stock ownership account. When they eventually retire or leave the company, that stock would be sold back to the trust, usually in exchange for cash.

But you can’t buy and sell the stock regularly. There is a Third Party Administrator who oversees the entire process. Employees must also be older than 21 years of age to qualify for an ESOP.

Both ESOPs and 401(k) plans have their own advantages and disadvantages, and choosing which one to invest in depends on your company.

The risk with ESOPs is that everyone’s retirement savings are dependent on the success of the business. If the business struggles, their stock value decreases.

However, this is an extremely rare case. According to studies, ESOPs generate more wealth for employees than 401(k) plans and company contributions are 2.5 times greater with ESOP plans. ESOP companies are also more productive and experience significantly less turnover.

The five key differences between ESOPs and 401(k) plans:

Why We Chose to Become an ESOP

The main reason Hydro-Chem Systems offers an ESOP is that we wanted to build on the principles of teamwork and reward our employees for their efforts.

We believe each one of our employee-owners should feel like they are an important part of the organization and have an equal opportunity to invest in its success.

Our founder didn’t want to risk his company being turned upside down by a new owner. So he chose to transition Hydro-Chem Systems to an employee-owned organization and give it back to the people who helped him build it.

At Hydro-Chem Systems, we make sure every employee is treated equally and we aim to contribute 10% of W2 earnings per employee. We also offer 401(k) plans that we match up to 4% and we have our ESOP wealth-building program in addition.

What it Means to be an Employee-Owner

Being an employee-owner (EO) means understanding that your hard work has a lot more long-term benefits than short term. You could potentially have two lines of retirement funding instead of just one.

Once you start working at an ESOP company you quickly realize there is a whole team of people working alongside you that are working just as hard toward the same goals. It fosters a natural team-spirit and encourages you to work harder because everyone depends on you to do well — and you want them to excel also.

One of the biggest benefits of being an EO is you are seen as an equal. Every person has influence over company decisions, such as selling the company, or even removing the status of ESOP company altogether.

To work at an ESOP company you truly need to believe in the same values, goals, and expectations. But once you do, you will notice a big difference from the conventional business model. You feel a greater sense of pride over your work and you know that you played a part in its success.

For us, we’re immensely proud to have grown so much over the past five years. Last year, we announced our stock went up 66%, which meant everyone experienced a significant increase in their contributions from the company. That isn’t the case at a non-employee-owned organization.

Why You Should Work with an ESOP Company

Choosing the right vendor for your business comes down to what you value. If you view your vendors as partners then their values and reliability should be particularly important.

That’s when working with an ESOP company makes sense. You can feel confident they are dedicated to quality, reliability, and consistency.

Here are a few other advantages:

So if you’re looking for a partner that you can rely on to deliver, a partner with internal accountability amongst employees to work for the common good, and a partner with greater transparency into how they operate — then you should work with an ESOP company. And you too can reap the compounding rewards of an employee-owned business model.